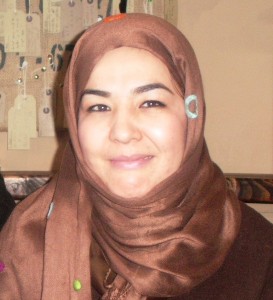 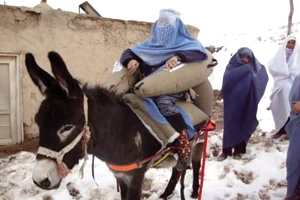 Read more
Categories: Amnesty Human Rights
May
21
Thu
We Are Many + Satellite Q&A at City Sceen York
May 21 all-day 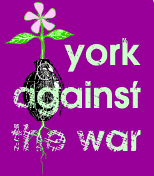 On February 15th, 2003, up to 30 million people, many of whom had never demonstrated before in their lives, came out in nearly 800 cities around the world to protest against the impending Iraq War. The New York Times called this movement the “Second Superpower”.

How did this day come about? Who organized it? And was it, as many people claimed, a total failure?

This fearless, thought-provoking documentary followed by a Sateilite Q&A Session tells the remarkable inside story behind the first ever global demonstration, and its surprising and unreported legacy. The film features testimony from a unique cast of direct participants, including organizers, activists, high-profile figures, and of course the public, filmed in seven countries – Italy, Spain, Egypt, Sweden, Australia, UK, and the USA.

Extraordinary testimony from activists in Egypt reveals how on the eve of the invasion of Iraq, the global anti-war protests inspired those in Tahrir Square to go on to engage in the massive democratic movement that ultimately led to the Arab Spring. In the UK, the government was defeated over the proposed invasion of Syria, a historic event that might not have transpired without the legacy of those demonstrations a decade ago.

This bold documentary by Amir Amirani charts the birth and growth of the new people power movement, now sweeping the world, taking us up to the Arab Spring and Syria, a little over 10 years after that historic day.

It is being shown in Screen 3 at City Screen York which has the smallest accommodation, so book as early as possible.

Read more
Categories: York Against the War
Jun
7
Sun
We Are Many – repeat showing at City Screen
Jun 7 @ 1:00 pm

On 15 February 2003, over 15 million people marched through the streets of 800 cities around the world to try to avert the war in Iraq. Director Amir Amirani’s fearless, thought-provoking documentary reveals the remarkable inside story behind the biggest protest in history, and chronicles its surprising social and political legacy.

The events leading to this unprecedented global demonstration are compellingly recounted in captivating interviews with the organisers, activists and direct participants. High profile figures in political pro-war circles and the anti-war community give an account of the road to war. The star-studded list of contributors includes Danny Glover, Richard Branson, Mark Rylance, Ken Loach, and Prof. Noam Chomsky. Filmed in seven countries and featuring previously unseen footage, this fascinating film charts the rise of the people power movements sweeping the world, all through the prism of one extraordinary day.

Read more
Categories: York Against the War
Jul
21
Tue
Out of East Africa: the human rights repression behind the exodus of so many East Africans?
Jul 21 @ 7:30 pm – 9:00 pm

– 6pm Thursday 10th in St Helen’s Square
After last week’s vote – day rally, York Against The War are hosting a protest on Thursday, including a ‘die-in’ for those who want to join in. From Wikipedia: “In the simplest form of a die-in, protesters simply lie down on the ground and pretend to be dead, sometimes covering themselves with signs or banners”. Donations will go to local refugee groups

– 6pm Thursday 10th in St Helen’s Square
After last week’s vote-day rally, York Against The War are hosting a protest on Thursday, including a ‘die-in’ for those who want to join in. From Wikipedia: “In the simplest form of a die-in, protesters simply lie down on the ground and pretend to be dead, sometimes covering themselves with signs or banners”. Donations will go to local refugee groups.