¨Con  José Arista  el  Progresso  llega a todo¨ *  –  election slogan for the regional elections this week in the Amazonas region.
*”With Jose Arista progress comes to everyone”

In a little town called Maria  –  clinging to the slopes of the Andes 3000m above sea level  –  progress is arriving. 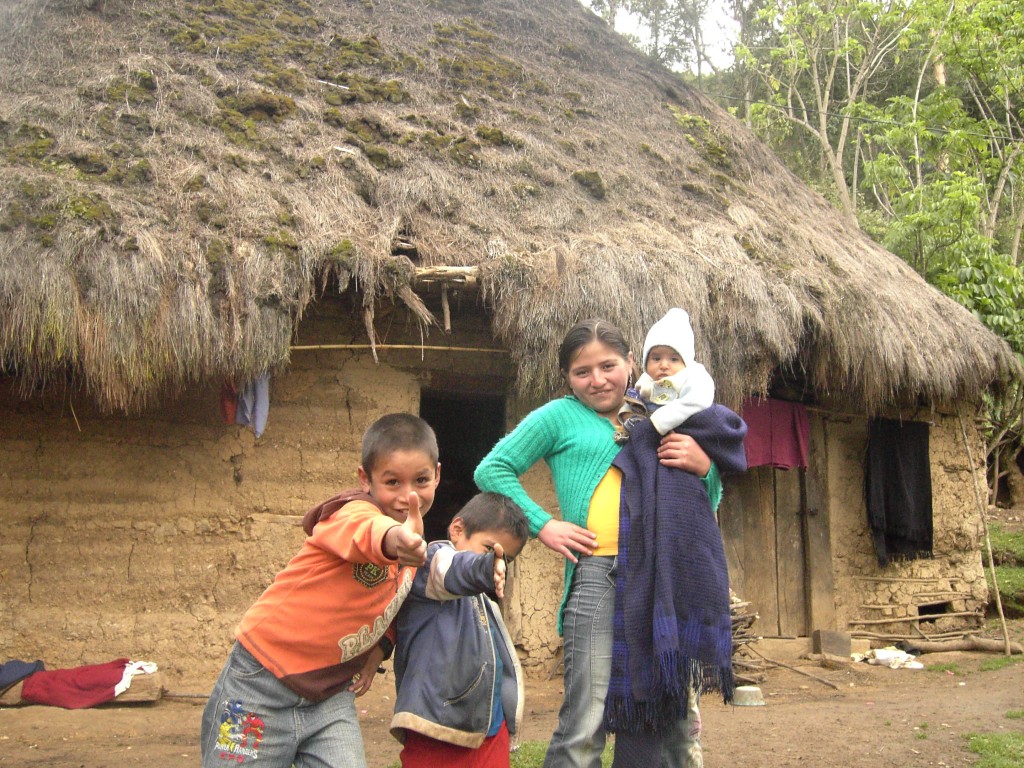 All over Peru street lights are going up even in the tiniest hamlets. In Maria  the work is in full swing.  This town is probably the happiest place I´ve ever been to.  When I mention the rain – it generally pours down for a few hours a day – locals spread their arms and look heavenward and laugh.  They call it lluvia,   pronounced something between jubia, tsubia and chubia.  It sounds like joy.  When I ask them about it – the happiness –  they say yes they are very happy,  allegria,  risueño (from risa = laugh and sueño = dream or vision).  And they do seem to have the best of both worlds: houses built out of mud with mud bricks and mud floors;  wood-fired ovens made of mud, chickens and guinea-pigs running around the floor(meals-in-waiting); oxen with drag carts, horses, donkeys and people with huge bundles, children playing in the rain, spotty pigs on strings.  And electric lights and running water.  Larger than most surrounding villages, with  60 or 70 houses (and a good 100 metre climb from top to bottom) there is a strong community. And people are always laughing.  Women tell me they feel they are equal with their men, though quite what equality means is a bit beyond my spanish, particularly in the local dialect. (And to be honest I think it´s beyond my English too!).  But no one´s complaining.  A rural idyll with mains water and electric – and always with energy saving bulbs! 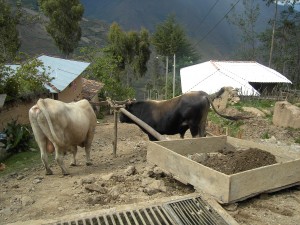 Travelling along  the coast was completely different,  not only no rain for a month,  but development has been happening  for a while  mainly, it seems, due to the abundance of concrete. Sprawling half finished projects, litter and coke adverts.  Villages half inhabited as people move to the cities for work.  And the women, at least those over 20, seem to have stopped smiling and exude a sullen resentment. The few women who would talk to me were concerned I understood how hard their lives were, coping with children and work – or no work, and men. And the men still laugh and grin particularly when they see gringa women with our exotic blue eyes, sexual freedom  and, probably most importantly, our promise of access to gringo wealth.  In Maria where gringos are rare, the women assure me their equality is inherent in their traditional ways. 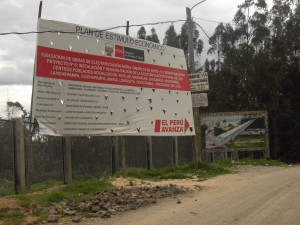 And who knows what progress will bring  –   already it has brought an awareness of workers’ rights  and indigenous rights and collective action. In Maria there is a thriving women´s collective for weavers – their traditional and beautiful craft. Peru is well familiar with working collectively, much of the transport has worked this way for many years. Local journeys, that is up to 2 to 3 hours (Peru is huge and a 12 hour bus journey is pretty normal) are via collectivos or combis.  The vehicle waits till enough people want to go – generally a few more than the available seats – and then off we rattle.  It can take five minutes to fill or it can take an hour – time is only relative.  Recently,  around many parts of Peru there have been strikes,  particularly last week there were strikes against American goldmining in Cajarmarca and the pollution it is causing.  As an indigenous president Ollanta Humala is caught between outside investment and exploitaton of natural resources and cheap labour and respect for indigenous rights. An ubiquitous problem in South America. His management of the problem is not perfect plenty of people I spoke to complained – of Humala´s ineptitude, of the inefficiency, but much as people complain about Obama, that he hasn´t fulfilled expectations and has been influenced by right wing elements.  Peru´s economy is relatively strong – nothing like China, India or Brazil but progress is definitely happening – with $5 billion to be spent on projects across the country by next July, mainly in broadband and communications generally, and some thankfully on sanitation!.

Meanwhile back in Maria the streets at night are still dark as dark can be, and alive with the bright sparks of fireflies. 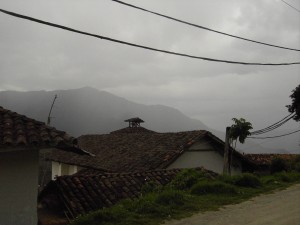 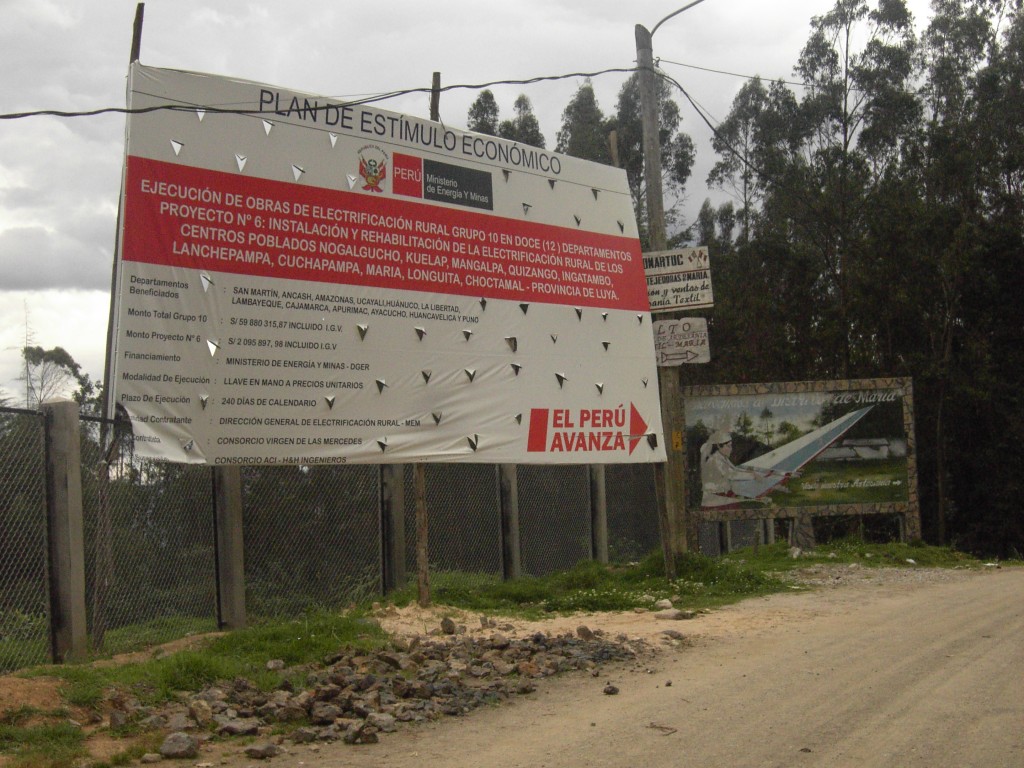 3 thoughts on “A Letter from Darkest Peru. Part 1”