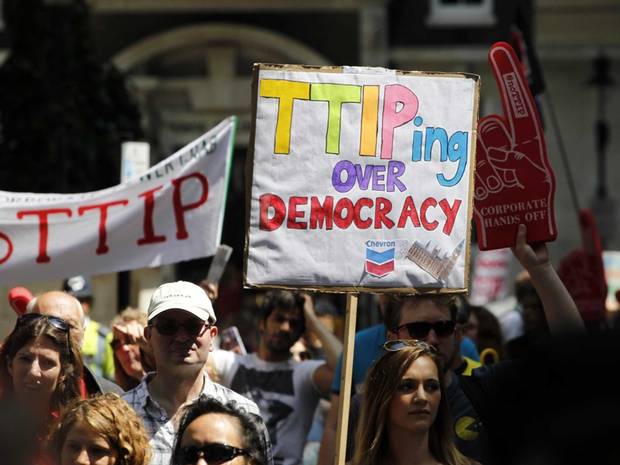 Imagine a world where big business controlled what pesticides could be used, what standards of food production was acceptable

That this House is extremely concerned about the potential impact of the Transatlantic Trade and Investment Partnership (TTIP) on the ability of hon. Members to make decisions in the public interest; in particular opposes the investor state dispute settlement (ISDS) mechanism which would give foreign corporations enhanced legal power to challenge public policy; is further concerned that TTIP would undermine the UK’s regulatory framework, in particular the high standards of food production enjoyed in this country and the Government’s ability democratically to set a framework for public service provision, and financial and environmental standards; and calls on the Government to ensure TTIP is fully scrutinised by Parliament and, during negotiations, to oppose inclusion of the ISDS mechanism and the regulatory cooperation framework currently being proposed by the EU Commission.